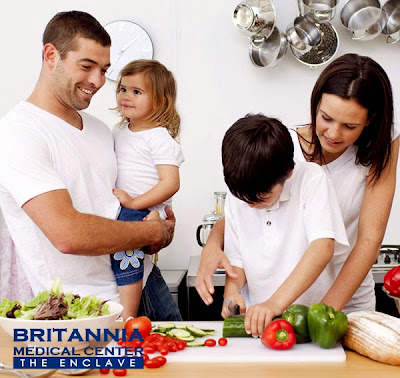 Many methods to improve your health are pretty straightforward: to lose weight, eat less and exercise more; to boost your energy, get more sleep; to prevent dehydration, drink more water. Others, however, are totally counterintuitive. The following tips really do work—but they may leave you scratching your head.

Drink coffee to have a better nap

In a Japanese study that examined how to make the most of a nap, people who took a "coffee nap"—consuming about 200 milligrams of caffeine (the amount in one to two cups of coffee) and then immediately taking a 20-minute rest—felt more alert and performed better on computer tests than those who only took a nap.
Why does this work? A 20-minute nap ends just as the caffeine kicks in and clears the brain of a molecule called adenosine, maximizing alertness. "Adenosine is a byproduct of wakefulness and activity," says Allen Towfigh, MD, medical director of New York Neurology & Sleep Medicine. "As adenosine levels increase, we become more fatigued. Napping clears out the adenosine and, when combined with caffeine, an adenosine-blocker, further reduces its effects and amplifies the effects of the nap."

Don't brush your teeth immediately after meals and drinks, especially if they were acidic. Acidic foods—citrus fruits, sports drinks, tomatoes, soda (both diet and regular)—can soften tooth enamel "like wet sandstone," says Howard R. Gamble, immediate past president of the Academy of General Dentistry. Brushing yourteeth at this stage can speed up acid's effect on your enamel and erode the layer underneath. Gamble suggests waiting 30 to 60 minutes before brushing.

Muscle weight, that is. If two women both weigh 150 pounds and only one lifts weights, the lifter will more likely fit into a smaller pant size than her sedentary counterpart. Likewise, a 150-pound woman who lifts weights could very well wear the same size as a 140-pound woman who doesn't exercise. The reason: Although a pound of fat weighs the same as a pound of muscle, muscle takes up less space, says Mark Nutting, fitness director of SACO Sport & Fitness in Saco, Maine. "You can get bigger muscles and get smaller overall if you lose the fat," he says. "The bulk so many women fear only occurs if you don't lose fat and develop muscle on top of it." Cut back on calories and add weight to your workout to lose inches.

Grabbing a 100-calorie snack pack of cookies or pretzels may seem virtuous, but it's more likely to make you hungrier than if you ate something more substantial, says Amy Goodson, RD, dietitian for Texas Health Ben Hogan Sports Medicine. "Eating small amounts of carbohydrates does nothing but spike your blood sugar and leave you wanting more carbs." Goodson recommends choosing a protein such as peanut butter or string cheese with an apple. "They are higher in calories per serving, but the protein and fat helps you get full faster and stay full longer—and you end up eating fewer calories overall," she says.

Skip energy drinks when you're tired

Energy drinks contain up to five times more caffeine than coffee, but the boost they provide is fleeting and comes with unpleasant side effects like nervousness, irritability, and rapid heartbeat, says Goodson. Plus, energy drinks often contain high levels of taurine, a central nervous system stimulant, and upwards of 50 grams of sugar per can (that's 13 teaspoons worth!). The sweet stuff spikes blood sugar temporarily, only to crash soon after, leaving you sluggish and foggyheaded—and reaching foranother energy drink.

Drink water when you're bloated
When you feel bloated, drinking water sounds as if it would only make matters worse, but it can often help, says James Lee, MD, gastroenterologist with St. Joseph Hospital in Orange, Calif. If you're on a high-fiber diet, for instance, then your body needs more water to work more efficiently, says Dr. Lee. "Water mixes with water soluble fiber and makes it into a gel like substance. This affects the motility of the gut and reduces the symptom of bloating." Drinking more water also relieves bloating caused by dehydration. When you're dehydrated, your body clings to the water your body does have, causing you to puff up.

Ditch diet soda to lose weight
You should ditch all soda, including diet. Research from the Johns Hopkins Bloomberg School of Public Health revealed that overweight and obese adults who drank diet beverages ate more calories from food than those who drank regular soda. Additionally, a University of Texas study found that diet soda drinkers had a 70% greater increase in waist circumference than non-drinkers over the course of about 10 years.

"In addition, many people think 'low-fat,' 'low-sugar,' or 'light' means fewer calories, but that's not always true," says Goodson. "Typically when manufacturers cut something out and the end result tastes just as good, they've added something like additional sugar."

Drink a hot beverage to cool off

Which will cool you off faster on a steamy summer morning: iced coffee or hot? Two recent studiessay the latter—and so do other cultures where drinking hot tea in hot weather is the norm, like in India. When you sip a hot beverage, your body senses the change in temperature and increases your sweat production. Then, as the sweat evaporates from your skin, you cool off naturally.

Exercise when you're tired

After a long, exhausting workday, exercising sounds like the last thing you'd want to do, but getting your sweat on will actually energize you. Fatigue along with mood and depression improved after a single 30-minute moderate intensityexercise session, according to a study published in Medicine and Science in Sports and Exercise. "Everything we do uses oxygen, so when you exercise it helps you work more efficiently and you don't tire as easily," says Nutting. "You also function better mentally."

Handwrite notes to boost your brainpower

Typing notes enables you to jot down more material, but you're more likely to remember those notes if you handwrite them, according to research from Indiana University. "To learn something means you have processed it," says Dr. Towfigh. "And when you take handwritten notes you 'process' or learn more information. You begin the learning process as you listen to the lecture." Plus, since you look at the page on which you are writing, you naturally review the material and reinforce the information you've already processed, Dr. Towfigh says.

Reaching for the soap bottle labeled "antibacterial" won't necessarilyreduce your risk of getting sick or passing illness to others—in fact, there is no evidence that antibacterial soaps are more effective than regular ones. What's more, long-term exposure to some ingredients in these products, such as triclosan, may pose health risks like bacterial resistance or hormonal effects, according to a 2013 FDA statement. More research on the effects of triclosan is needed, and in the meantime, the FDA is working toward requiring manufacturers to prove their products are safe for long-term use—and the state ofMinnesota has banned triclosan-containing products altogether, which goes into full effect in 2017.
Posted by Unknown at 6:50 PM