What is Japanese Encephalitis? 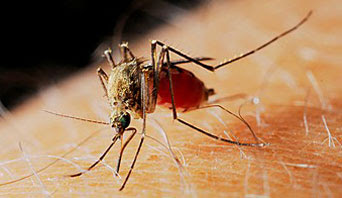 
The Japanese encephalitis virus (JEV) is related to the viruses of St. Louis encephalitis and Murray Valley encephalitis, to the West Nile virus and to dengue and yellow fever.

Encephalitis is an inflammation of the brain which can cause fever, headache, confusion, seizures, and, in some cases, death.

Not only humans are affected by the virus. Mosquitoes can also infect horses and pigs, leading to encephalitis in horses and abortion in pigs.

Wild birds are probably the natural hosts, and mosquitoes are the vectors. A vector does not cause a disease but passes it on.

When mosquitoes infect an animal, the animal can become a carrier of the virus. When other mosquitos feed on these newly infected animals, they take up the virus and can go on to infect other animals or humans.

People in rural areas where the virus is common are at highest risk. Japanese encephalitis does not usually happen around towns and cities.

It is more likely to affect children, because adults in areas where it is endemic generally become immune as they get older.


All credits to this blog: http://www.medicalnewstoday.com/articles/181418.php