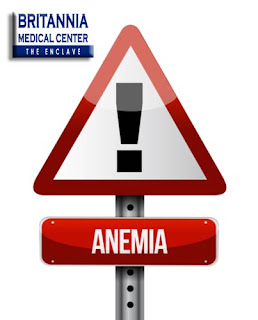 Anemia is a condition that is diagnosed when a person does not have enough hemoglobin. Hemoglobin is a protein on red blood cells that carries oxygen throughout the body. The body needs iron in order to make hemoglobin. 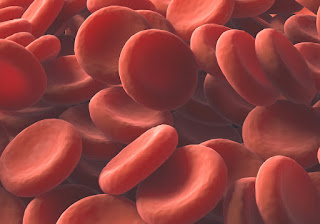 One of the major blood disorder diseases that affect people of all age, from all walks of life ,from all strata’s of the society is a disease called anemia.

Our blood in the body is consisted of two different forms of cells amongst the others. The white blood cells or the WBCs and the red blood cells, i.e. the RBCs form the main part with others like plasma and platelets existing in small amounts. Now often a situation is caused when the red blood cells in our blood decreases and this lack of proper amount of red blood cell causes a medical condition called anemia. While white blood cells help in clotting of open bloody wounds and gashes, the red blood cells helps the blood in carrying oxygen to the lungs and hearts, therefore dominating their existence over white blood cells.
There are some fixed reasons why anemia occurs:
Extreme loss of blood:
Often too much blood loss can cause an extreme decline in the blood cell count which mainly affects the red blood cells as it oozes out. Often at times there is internal blood loss too which accounts for the same.
Lack of iron:
The bone marrow that runs along your back is the producer of hemoglobin which in turn gives color to the blood. The blood, the red cells then supply oxygen taken from the hemoglobin. The marrow in the back needs an element called iron with the help of which the hemoglobin is produced. Lack of iron in the body causes lack of hemoglobin which is why RBC count might get affected.
Heredity deformity:
Usually red blood cells are doughnut shaped oval and flattened in structure but often at times due to heredity mainly, the hemoglobin cells formed or existing in the body are differently shaped. The gene passes on and the deformed red blood cells in the body suffer a premature death. This in turn causes lack of  red blood cell lost and sickle cell anemia is formed.
Women deal:
Often women face certain problems where a heavy menstrual cycle or too much blood loss during pregnancy might be the reason why you are a victim to anemia. This is why if your menstruation persists for a longer time than before, and if you experience heavy blood loss it is better to get a check up. Multiple pregnancies are also a weak point.
Bone marrow trouble:
Often problems or diseases affecting the bone marrow or the bone marrow cells such as leukemia can affect blood production in the bone marrow which in turn causes stunted hemoglobin an hence red cell production.
Hemolytic anemia:
Then there are often days when your red blood cells get destroyed faster than you marrow can produce making an onset of anemia for sure.
Vitamin deficiency:
Alongside iron, certain essentials like vitamin B-12 are needed by the body. The lack of these certain vitamins in the body is known to decrease the red blood cell count causing lack of RBCs which is yet another reason anemia can be formed. However there are often people who do consume vitamin but yet suffer anemia due to their bodies’ incapability of using these vitamins properly. Then a condition called vitamin deficiency anemia is formed.
Often there are subtle symptoms that indicate the presence of anemia. Here are some of the symptoms you should look out for.

Breathlessness:
One of the main symptoms of anemia is shortage of breath often acute in nature. This is because due to lack of proper oxygen giving red blood cell, the proper amount of oxygen cannot reach the lungs causing a heavy chest or breathlessness. This is often accompanied with episodes of heartaches and small chest pains.
Skin color:
Once you are down with anemia your skin starts losing its natural blush causing you to look pale and paler. Your skin becomes dull making it an inevitable gesture for you to go for an anemia checkup.
Easily tired:
Without the proper oxygen enriching the heart and lungs, a common scenario of fatigues washes over you. You feel exhausted very easily making it difficult for you to continue the entire day without you feeling worn out and tired.
Insomnia:
If sleepless nights are a new thing you are going down with one might suspect anemia behind the reasons of it. Anemia causes insomnia.


Visit us at BRITANNIA MEDICAL CENTER - The Enclave